SPA BATHROOM: TOP 4 MUST DO!

Enjoying a hot, steamy shower in a luxurious spa bathroom at a high-end hotel is certainly a luxury that many people have enjoyed at some point in their lives.

What many people don’t realize, however, is that enjoying a spa-like bathroom doesn’t have to be a once-in-a-lifetime occasion.

Today, remodeling your bathroom goes far beyond simply replacing your old toilet with a “low-flow” option or changing the tiling in your shower. For a reasonable investment, homeowners in the greater Dallas – Fort Worth and Austin regions can today completely renovate their older bathroom into a space that resembles even the most lavish bathroom.

Below, we offer a few of the best luxury bathroom remodel ideas to help you completely modernize and revamp an important part of your home.

When most people think about the most important aspect of a luxury, high-end bathroom, the shower is usually the first thing that comes to mind. Since the time of the ancient Greeks and Romans, bathing in thermal waters has been considered an important part of health, relaxation, and hygiene. In ancient Rome, for example, public steam showers were impressive constructions that included a variety of rooms, including swimming pools, relaxation areas, and steam baths. Despite having lived over 2,000 years ago, many Romans enjoyed spa-like bathrooms that required sophisticated water and heating systems.

Fast forward a couple thousand years, and most people´s showers are small, cramped spaces where the act of bathing is usually done as a hygienic obligation, and not as an opportunity to truly relax and renovate the mind and body. Steam showers, however, offer the opportunity to completely transform your bathroom.

Steam showers offer a warm and vaporous source of steam in the same area where your regular shower is located. Though there are many different types of steam showers on the market, most options rely on an electric valve connected to a steam generator. The steam shower functions similar to a plug-in teakettle. The electric element in the steam shower boils the water and a pipe channels the hot vapor to the steam head, slow known as the disperser. This element fills your showers stall with steamy moisture that helps you rewind and relax.

According to some medical experts, steam showers can offer numerous health benefits, including:

Though steam showers may increase your water heating bill, they can also drastically cut back on your household water usage. Taking a 20-minute steam shower, for example, will only consume about two gallons of water. For comparison, even the most efficient showerheads on the market today would use around 50 gallons of water for a typical 20-minute shower.

Steam showers can easily be installed into your existing showering space, or as an addition into a completely remodeled bathroom space. A walk-in shower, for example can include both a steam shower and a regular showerhead so that when you’re done steaming, you just simply turn on the shower to rinse and finish your bathing process. 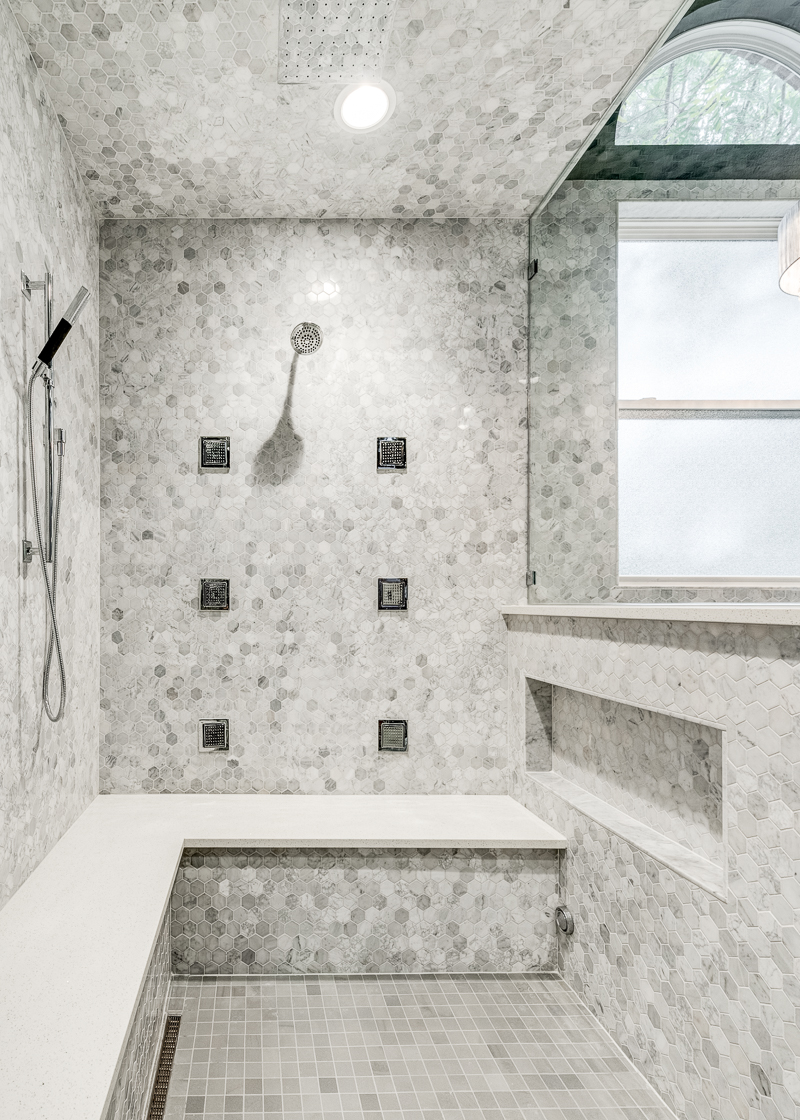 Spa Bathroom Idea #2: Body Sprayers are a Must for your Home Spa

Another simple way to turn your “regular” bathroom into a luxurious home spa is to add a body sprayer to your bathing area. Body sprayers are one of the simplest bathroom renovation ideas, as they can be combined with virtually any showerhead style. If you don’t currently have the budget for a complete remodel of your existing bathroom, a body sprayer allows homeowners to totally customize your showering space for a minimal investment.

Depending on your preferences, you can find body sprayer attachments in a huge variety of sizes, styles, and finishes. Body sprayers are a great option for a quick shower if you don’t want to get your hair wet. The best body sprayers also offer an important therapeutic value by concentrating relaxing spray patterns on different parts of the body. For a limited investment, you can enjoy a full-body hydrotherapy every time you shower by opting for a body sprayer attachment in your bathroom.

Creating a spa experience in your home goes beyond changing your shower head. The decoration of the space itself goes a long way in transforming the “feel” and ambiance of your bathroom. For example, simply adding a few potted plants throughout your bathroom space can dramatically change the interior design of your bathroom. Living plants can be combined with a new color scheme to create a relaxing atmosphere while also improving the indoor air quality of your bathroom. Some types of plants can even help to regulate the humidity inside your bathroom, thus reducing the possibility of mold and mildew damage. Around 70 percent of homes in the United States suffer from mold or mildew damage, and potted plants in the bathroom can play an important role in helping to mitigate this risk.

Other strategies for improving the natural décor of your bathroom for a spa-like experience include:

·   Incorporating natural light and light fixtures: Adding a window or skylight to your bathroom is a great way to transform the space. For small bathrooms, natural lighting can make the space feel larger while also improving the environment for a luxurious feel.

·        Add High-End Accessories: Plush bath towels and matching rugs can complement the tile floor or other types of finishes in your spa bathroom.

·        Create a Continuous Color Scheme: For a quality interior design in your transformed bathroom, a harmonizing color scheme can really bring the entire project together. Check out these ideas for some great color schemes in any bathroom remodel project. 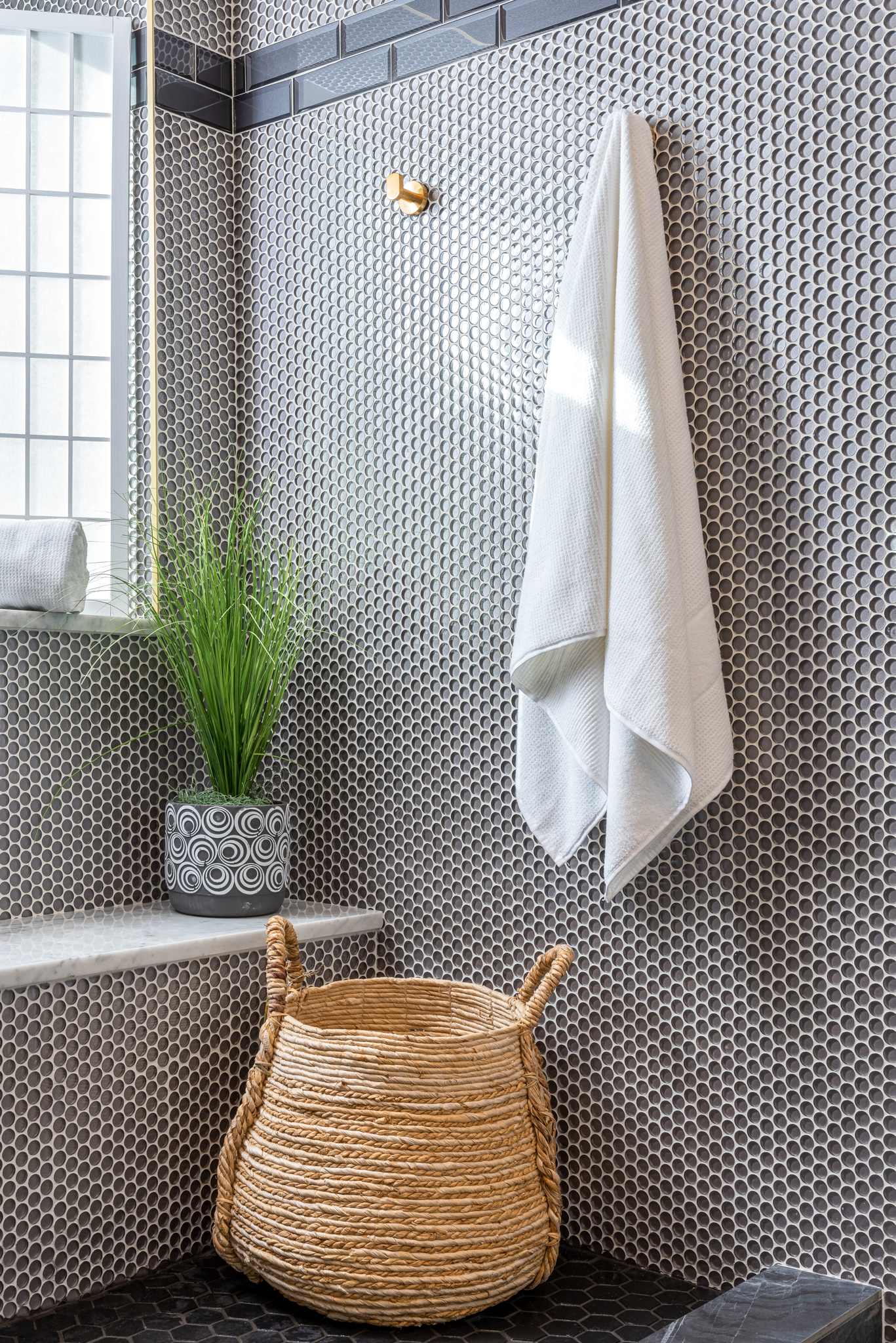 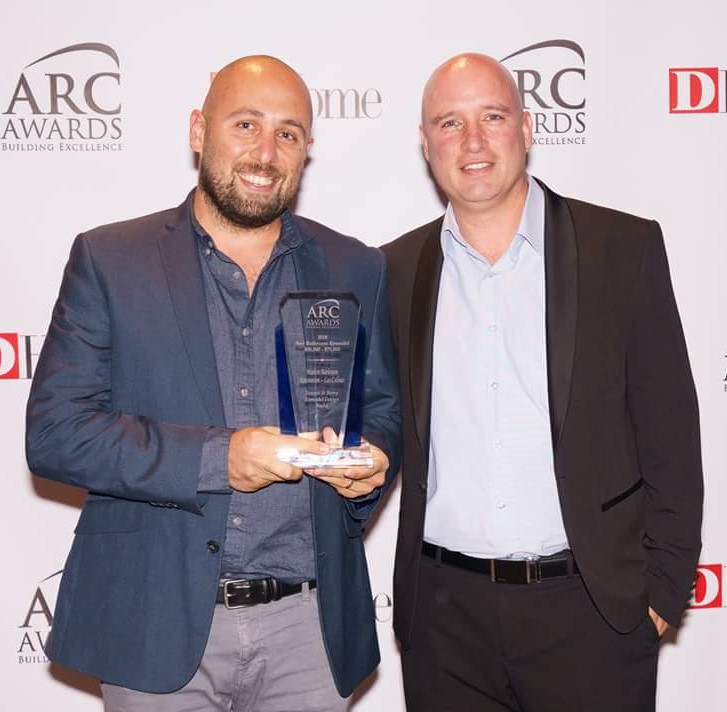 Spa Bathroom Idea #4: Hire the Best for Your Bathroom Remodel

Whatever bathroom remodel idea you settle on, hiring the best contractor for your remodel will often be the difference between a mediocre bathroom and a high-end spa bathroom that will make you feel like you´re staying in a five star hotel. For homeowners in the Dallas, Fort Worth, Austin, and surrounding areas of Texas, Nomi is the top-rated bathroom remodeler in the region. Unlike other construction and remodeling companies, we focus exclusively on remodeling, restoring, and renovating bathrooms. Because of this singular focus, we have years of experience in helping clients in all different types of homes and living situation completely remake their old bathrooms into luxurious home spas.

When you hire Nomi, you are getting insider access to the latest spa-like bathroom innovations to hit the market. During the initial home consultation, we will listen to your ideas and offer some advice and suggestions for how to best utilize your bathroom space. Our consultants will help you reimagine your bathroom in ways you never thought possible, and also offer insight into the best ways to improve the energy and water efficiency of your bathroom without sacrificing the comfort and luxury you come to expect from a spa bathroom.

We believe that every homeowner should be able to enjoy the benefits of a spa-like bathroom renovation. To that end, we offer completely transparent and upfront pricing and budgets, so that you can find the best bathroom renovation ideas that fit your budget.

If you are ready to get started on turning your cramped and dreary bathroom into a bright, luxurious home spa, you can contact Nomi at 1-800-371-8970. We look forward to hearing your dreams and helping you design a custom spa bathroom.

Your bathing routine is about to change for good.

Enjoy the better version of yourself. Enjoy the spa experience.

NÖMI is socially obligated to give back the community that is constantly helping us grow.

If you know a great cause or a family in a need of home improvement, that we might be able to help, we’ll be happy to reach out with one of our home remodeling specialists and change others’ lives.

Let’s make Dallas greater than it is.

The COVID-19 is a war, and the soldiers in the front lines are the medical teams that fight for each one of us. Those days, we create “Thank you boxes” with small things that might make their days a little bit sweeter. We would love to give each one of our boxes with a personal thank you note – thank you note from you and your family. Email us your thank you note, and we will attach it to our boxes. have your kids decorate it and help us spread the love.

One a month our team stop it all and join our friends at the bridge of Dallas to help the people in our community to stand back on their feet.

Meet Kelly, our heroine, who battles cancer at the age of 12.

NÖMI Remodel Design Build had the privilege to be part of changing Kelly’s life by remodeling her master bathroom and making it more comfortable and easier for her to keep her day-to-day routine after released from the hospital. 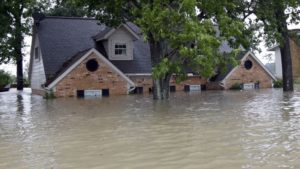 Our hearts go out to see the picture and read the information on the media. We are humble and thankful for the opportunity to donate vital products and money to varies organizations in order to help south Tx.

Please join us in that extremely important cause and help change other’s lives.